Natasha Myers is the convenor of the Politics of Evidence Working Group, co-founder of the Write2Know Project and co-organizer of the Technoscience Salon.

As an anthropologist of science and technology, her research examines a range of visual and performance cultures alive in the contemporary arts and biosciences. Her book Rendering Life Molecular: Modelers, Models, and Excitable Matter (Duke, 2015, winner of the Robert K. Merton Award from the Science, Knowledge, and Technology Section of the American Sociological Association) is an ethnography of an interdisciplinary group of scientists who make living substance come to matter at the molecular scale. It explores how protein modelers’ multidimensional data forms are shifting the cusp of visibility, the contours of the biological imagination, and the nature of living substance. With support from SSHRC and an Early Researcher Award from the Ontario Government, she convened the Plant Studies Collaboratory in 2010 to serve as a node for interdisciplinary research on plants in ecologies and economies contoured by technoscience. Her current projects span investigations of plant-people conspiracies in a range of contexts, including studies on the arts and sciences of vegetal sensing and sentience, and the politics and aesthetics of garden enclosures in a time of climate change. Most recently, she has launched a long-term ethnography on restoration ecology and enduring colonial violence in Toronto’s High Park oak savannahs.

Jody Berland is Professor in the Department of Humanities, York University. She researches and teach

es cultural studies, technology studies, and animal studies, where her work focus on interactions of technology with nature, music, and geopolitics. Her current research project, “Virtual Menageries,” explores modern animal representations in the context of visual and digital media. Recent articles include “The Musicking Machine,” 2007; “Cat and Mouse: Iconographies of Nature and Desire”, 2008; “Animal and/as Medium: Symbolic Work in Communicative Regimes, 2009; “Visitor’s Guide to the Virtual Menagerie,” 2014; and “The Work of the Beaver,” 2015.   Her next project examines expert evidence presented by the Toronto Zoo to Toronto City Council during debates about the future of the elephants in the Toronto Zoo. Berland is author of North of Empire: Essays on the Cultural Technologies of Space (Duke University Press 2009, awarded the CCA G.G. Robinson Book Prize), co-editor of Cultures of Militarization (2010) and other books, and co-editor of TOPIA: Canadian Journal of Cultural Studies. A senior faculty associate with the Robarts Centre for Canadian Studies at York, she is also an active voice in democratic politics at York University and elsewhere.

Jessica Caporusso is a Ph.D. Candidate in the Department of Anthropology at York

University. Her research areas of interest include environmental politics, bioenergy and discard studies. Specifically, her research examines how “waste”—as an externality and as resource—is defined. Her dissertation investigates the transformation of sugarcane crop residues into biofuel feedstock in the small-island developing state of Mauritius. Jessica’s work explores the multiple and contested meanings of waste and value in (post)colonial contexts while also tracking the development of bioenergy as a source of energetic, political, and economic power. She is an active contributor of the Plant Studies Collaboratory and the Energy Working Group at York.

Meredith Evans is a Ph.D. Student in Social Anthropology at York University.

Her dissertation research explores the practice of music therapy and the making of healthy musical bodies. Before beginning her doctoral studies at York, she worked in HIV and public health research in South Africa. She has published articles as lead author in the Journal of the International AIDS Society, AIDS and Behavior, the Open AIDS Journal, and the South African Medical Journal. Meredith is a member of the Editorial Collective for Contingent Horizons: The York University Student Journal of Anthropology. 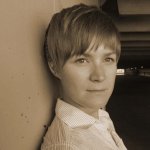 Manitoba. Her research and teaching examines how systems of knowledge become dominant, analyzing the social, historical, cultural, and political factors shaping how people frame their conception of “the good life,” in turn affecting democratic possibilities for social change. Her recent co-edited book is titled The Public Sociology Debate (University of British Columbia Press, 2014) and interrogates the role of sociological knowledge in political projects, policy, and social change. Her current research project explores the role of scientific evidence in clinical decision-making, specifically how general guidelines function as technologies of regulation that serve to normalize and regulate the profession of medicine.

Kelly Ladd is a Ph.D. candidate in Science and Technology at York University. Her research

interests include environmental harm, gender and technoscience. Her dissertation research focuses on the emergence of the ‘sensitive’ as a contemporary figure of environmental harm. In particular, her research focuses on electrosensitivity, an illness that sufferers claim is caused by low frequency radiation from cell phones an wi-fi. She did her fieldwork with a group of electrosensitive women who live both in Ontario and in Green Bank, West Virginia. Kelly’s work focuses on the intersections between gender and illness as well as the ways in which conspiracy theories and illness claims become enmeshed. Her work has been published in the edited volume, The Acoustic City (2016) and she is the co-author of a recent article in Social Studies of Science.

Michelle Murphy is a historian of the recent past and technoscience studies scholar. Her work focuses on

environmental politics, biopolitics, sexed and raced life, health, calculation, economic practices, reproduction, technology, and social science practices in the 20th century. She is the author of Seizing the Means of Reproduction: Entanglements of Feminism, Health, and Technoscience (Duke University Press, 2012) and  Sick Building Syndrome and the Problem of Uncertainty: Environmental Politics, Technoscience, and Women Workers (Duke University Press, 2006), winner of the Ludwik Fleck Prize (2008) from the Society for Social Studies of Science. She is Professor of History and Women and Gender Studies at the University of Toronto, as well as Director of the Technoscience Research Unit.